CCCamp is a haven for creativity and Hackaday user Prof. Fartsparkle / Timon received great interest in his Numberwang badge.

The Numberwang badge itself is a clone of the Adafruit ItsyBitsy sporting a Microchip ATSAMD21G18 CPU and running CircuitPython. It has an LED strip on the reverse shining through the bare FR4 as a diffuser, and the Numberwang effect of selecting random numbers is achieved by a host of random touchable numbers sprinkled across its front.

For something he freely admits was a last minute project, we think he’s done a pretty good job!

Numberwang is a fictional gameshow from a BBC comedy programme with contestants answering questions with random numbers.

You can read much more on Hackaday and see the project GitHub page. 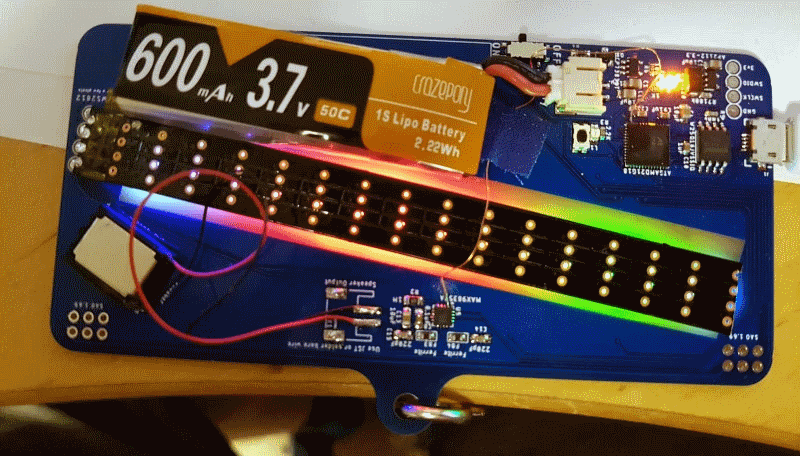